I recently went on holiday with my parents to the Lake District, and I had an amazing time taking in the spectacular scenery or the lakes and mountains through a series of walks. However, I had to visit a country house of some sort whilst I was in a new area! I decided on Holker Hall a privately owned house near Cartmel, Cumbria. We went on a beautiful sunny day, in the midst of the heatwave, which meant I got some nice photos of the garden and the exterior of the house. Sadly as it is a privately owned house, no photos were allowed inside so this post will just be my garden pics. However, if you want to check out the website here, they have a great selection of images of the interior so you can get an idea of what the house is like inside. 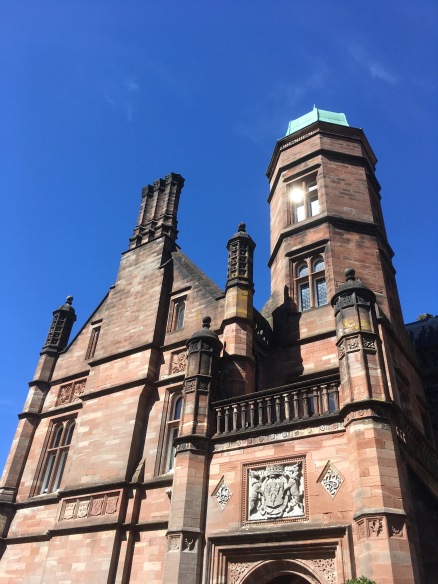 Holker Hall became a privately owned house following the Dissolution of the Monasteries in the 16th Century when it was bought by the Preston family who were local landowners at the time. The house is unique in the fact it has never been officially bought or sold but has passed through only three families the Prestons, the Lowthers and the Cavendishes, by inheritance. The current house today most probably has 17th Century origins, however, a fire devastatingly destroyed the entire west wing in 1871, including a number of paintings, furniture, statues, and valuable books. The owner at the time, William Cavendish, the 7th Duke of Devonshire, made swift plans to rebuild the west wing, making it more extravagant, yet following the Elizabethan style, it was originally built in. 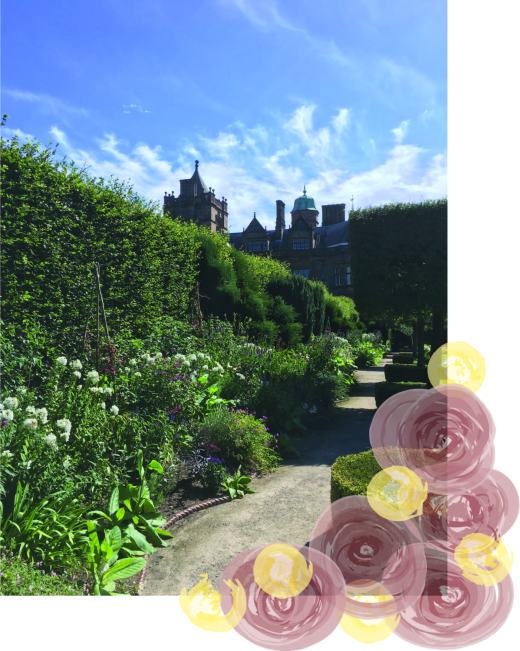 Although in the Elizabethan Gothic style, many of the details reflect the Victorian period in which they were built. For example, the grand staircase was hand carved by Estate Workers, with every baluster having an intricate and unique design, typical of the Arts and Crafts movement. The Oak fireplaces throughout the house are also beautifully carved from trees from the estate. I think my favourite room would have to be the Wedgewood Room and Dressing Room, which not only had a lovely collection of Wedgewood pieces but was also decorated to seem like a Wedgewood piece itself. The screens in the room were also delicately designed with small prints and portraits displayed on the detailed wallpaper. The Library was also incredible, it holds a collection of 3,500 books, many of which survived the great fire and others brought from Chatsworth to replenish the collection. I love Country House libraries, I could spend hours going through the books, if only you were allowed to touch them!! 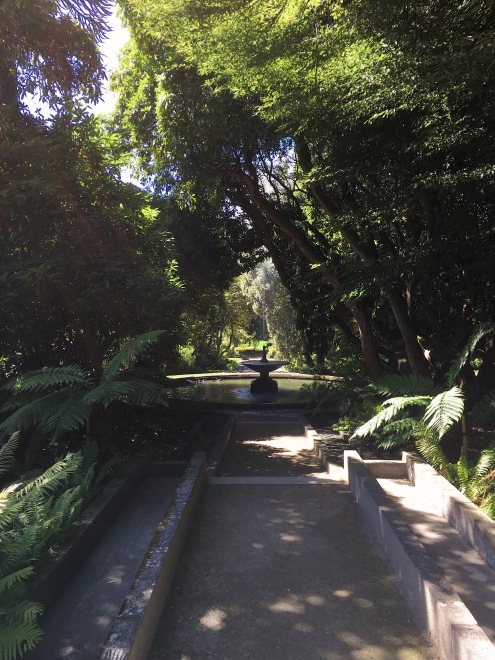 The gardens and grounds were equally amazing, with many trees surviving from as early as the 1750’s and the Holker Great Lime, which is over 25ft wide dates back to the early 17th century. In the 19th century, there were a number of additions made to the grounds which included an arboretum, a conservatory, terraces, and a walled garden. Sadly the conservatory has since been demolished, but many of these features can still be seen today. There were some beautiful and unusual trees which have been added by the current owners over the last 40 years. I particularly love the colours of all the flowers against the red toned brick of the house, I thought it really brought it to life. From the house, you can see some elephant shaped hedges in the private garden, they look ed incredible and made the hidden garden seem magical, I wish visitors were able to see them up close! I also thought the Cascade with the fountain and pond formed a beautiful vista and had some really interesting ducks in it, although sadly the cascade type water feature was dried up due to the insanely hot weather we were having prior to our visit! 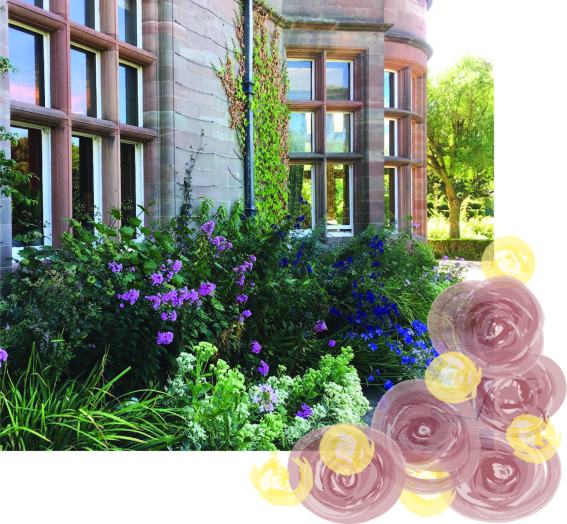 Hope you enjoyed reading this post and are inspired to visit Holker Hall! Visit their website here for more information! 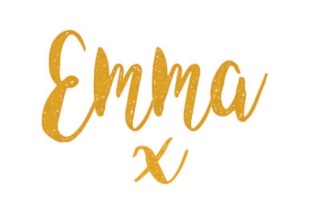