Today is International Holocaust Memorial Day, 73 years have passed since the liberation of Auschwitz, a Nazi concentration camp in Poland. It is a day to remember the millions of people murdered in the Holocaust, under Nazi Persecution, and in the genocides which followed in Cambodia, Rwanda, Bosnia, and Darfur. I thought I would do a small post on the importance of remembering the Holocaust, with a few resources as well to help you learn more about and remember those affected. (I do not feel educated enough about the subsequent genocides in Cambodia, Rwanda, Bosnia, and Darfur, so will not discuss those in depth within this post, however, I am looking to know more so please do comment any informative resources about any of these). 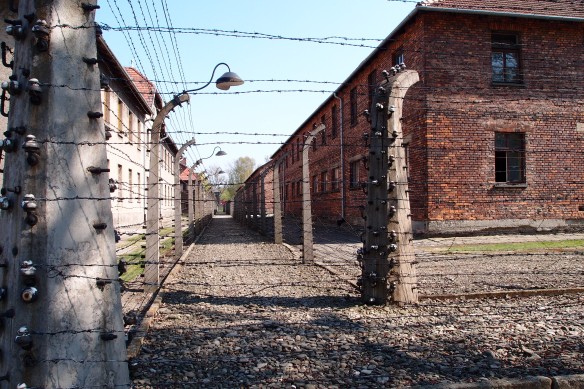 For me, it was difficult to fully understand the Holocaust until hearing a survivor’s testimony and visiting Auschwitz in 2015. I had, like many others, been taught about the atrocities of the Nazi Regime and more specifically the Holocaust at school. However, I found that discussing such large scale genocide in just a lesson or two is not adequate and often reduces the overwhelming subject into statistics of deaths/ survivors and defining the ‘key events’ of the Holocaust. Through the Holocaust Educational Trust, I was able to attend a series of seminars, hear two testimonies and visit Auschwitz, concentration camp.

It was through the visit specifically that I came to realise the sheer scale of the Holocaust, yet also began to personify both the victims and survivors. 17 million dead, 6 million of which were Jewish; such a large number is quite incomprehensible. However, it soon becomes real when visiting Auschwitz. Seeing piles upon piles of suitcases, shoes, glasses, prosthetics and hair put the number into perspective. Many of those transported to concentration camps were tricked into bringing their belongings with them, only to have them taken away by the Nazi officials on arrival. As I began to look closer at the exhibits of belongings they became more personal, a small red shoe of a young child, a large cooking pot for family dinners, a plait from the hair of a young girl. It is then that it hits you that these were all people, individuals that had lives outside of the concentration camps; they are more than just victims, each has a uniquely personal story that is important to remember.

The sauna room full of family photos further solidified this sense of personalisation. The room displays a staggering amount of photos brought to the concentration camp in the suitcases of those transported to Auschwitz. The photos were somehow hidden in a camp storage room to prevent them from being destroyed by the Nazis and were subsequently recovered and recorded in the 1980s. The horrific photos from Auschwitz of the pain and suffering the people endured are well known and help people to understand the atrocities of the Holocaust. However, it is these family photos that had the greatest impact on me. They captured memories of a past life, a happy life, a joyous family whose lives were unnecessarily cut short. I feel it is important to remember the people who suffered the horrors of the Holocaust as more than what they were forced to become in the camps. They were mothers, fathers, daughters, sons, grandparents, husbands, wives; they were doctors, shopkeepers, tailors, teachers, farmers, students and so many were children. See here for some of the photos found in Auschwitz. 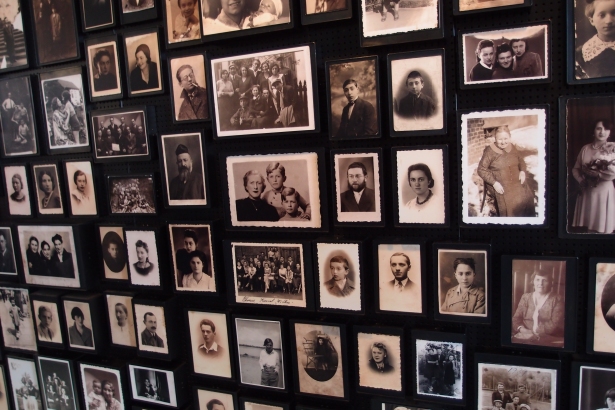 One of the most important things to do in terms of remembrance is to learn. Through reading books, articles and testimonies, as well as visiting memorials and museums, the memories of those persecuted in the Holocaust are not lost but live on in us as we make sure their testimonies are not forgotten. I’ve gathered together a small list of resources, for you to learn more about the Holocaust, with some factually based pieces as well as some more personal accounts. There are of course many more resources out there so please feel free to leave any others in the comments for people to also explore.

The Last Album: Eyes from the Ashes of Auschwitz-Birkenau

Surviving the Angel of Death: The True Story of a Mengele Twin in Auschwitz by Eva Mozes Kor and Lisa Rojany Buccieri.

The Diary of a Young Girl by Anne Frank.